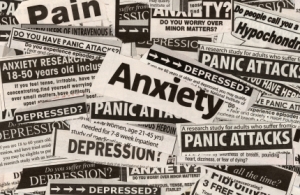 If you’re a writer, or if you’ve been writing content for any amount of time, you already know that the power of your words highly impacts your readers. Chosen consciously, the right words can open minds that were closed and inspire people to take action.

But do you use that same power on yourself?

The words you choose to describe your situation, your abilities, and your circumstances directly impact the results you get – yet far too many of us have more skill choosing negative words than positive ones.

But what if you could turn that around? What if you make your mind do a 180 turn, and focus on the power of positive language? What would happen if you consciously chose different words to think about?

The Psychological Power of Framing

In psychological terms, the “framing effect” is a cognitive bias that causes people to react to a choice depending on how it has been presented, or “framed”. The frame influences how people feel about the choice and situation, and this feeling guides their action.

That’s why the threat of loss is such a powerful motivator. If you’re told, “You’ll lose this discount forever if you don’t buy today,” it seems risky not to act, given that negative frame.

But if you’re told, “Here’s a one-day discount that you can use if you’d like,” you have a more neutral, even positive frame, and nothing feels risky. The downside, of course, is that the chance of you actually taking action on the discount drop substantially.

Marketers, politicians, and parents around the globe have known this for years: The way you frame the situation changes everything.

How We Self-Sabotage Through Framing Every Day

Listen to the average conversation of any person, and you’ll hear a lot of unconscious self-sabotage, usually communicated with self-depreciative laughter at the end.

Here’s a good example: “Public speaking? Are you kidding me? I could never do that. I’m terrible at speaking in front of groups!” (Cue laughter, just to drive home how ridiculous this idea seems.)

That, my friends, is a frame guaranteed to create failure.

The laughter frames the situation as not to be taken seriously, as does the question, “Are you kidding me?” It all becomes one big joke – “Surely you jest!”

A second frame is created because of, “I’m terrible at …”, which presupposes and implies that this is both a permanent state, and a very bad one at that.

With those two frames firmly surrounding the idea, it’s not surprising that a person like that would never succeed at public speaking. They’d never even try. In their mind, failure is guaranteed.

To be frank, frames like these are generally “covert contract” ways to tell people, “Back off. I don’t want to put the effort in, and I want you to act like this is just a tragic fact of life and not my choice. And I want you to do this without acknowledging this contract exists in the first place.”

Hence the “covert” part. You’re supposed to laugh, and say, “Yeah. It was just a crazy idea. Anyway, want to get some coffee?” rather than continue discussing the topic.

It’s also an effective way to covert-contract ourselves – saying something’s not possible so that we don’t even have to pursue the options we have in front of us.

But if we did, imagine how quickly life would begin to change…

How to Change Your Frame At Any Time

Well, it’s just as easy. Doing a 180 on your mind just takes a bit of conscious practice. Here are 3 simple steps to get you started.

When you speak – or even think about a situation – pay attention to the language you use to describe whatever it is you feel you can’t do.

We’ll go with the language from the previous example:

“Public speaking? I could never do that. I’m terrible at speaking in front of groups.”

Now that you’re paying attention to the language you’ve used, open up your possibilities by changing your statements to more positive language.

“Public speaking? I’ve never considered that seriously, but I certainly could. It might be interesting, and I’d certainly learn from the experience.”

That transforms the thought from something you can’t do and would never do into a positive opportunity to learn and grow.

Now that you’ve re-framed the idea, plant a seed of hope based on a successful experience you’ve had in the past.

For example, our formerly laughing friend might replace, “I’m terrible at speaking in front of groups, with, “I’m already comfortable talking to 5 people at a meeting, and those always go well. I suppose talking to 50 people isn’t all that different.”

Now imagine that person saying that instead:

“Public speaking sounds like it could be exciting to me. I’m already comfortable talking to 5 people at a meeting, I suppose working my way up to 50 people isn’t that different.”

Do you see how that subtle shift in framing could change everything? A person could go from powerless to powerful in an instant. Any time they wanted to.

That person could be you.

Changing Your Frame Is Easier Than You Think

Want to master changing your frame? Just get in the habit of replacing negative or fatalistic language with more positive alternatives. Each time you speak, pause and listen to what you just said.

Reframe. It’s easy. In fact, you can try it today. Start by using these words in your everyday language:

You can’t get positive results with negative thinking. Take command of your frame, do a 180 on your mind… and anything becomes possible.