Back in 2016, LinkedIn showcased a range of then coming new features, including their LinkedIn ‘Inbot’ personal assistant tool, which, when synched with your calendar, would be able to automatically arrange meeting times for you. 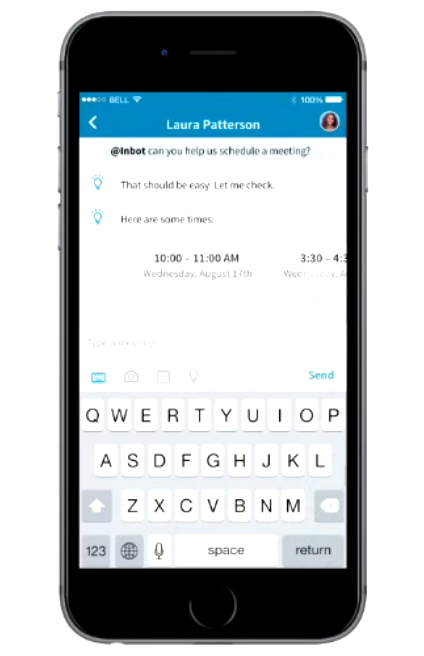 At the time, LinkedIn’s Inbot seemed fairly basic, but CEO Jeff Weiner hinted at more to come, with the platform’s use of AI and machine learning tools set to further advance the offering.

“This is an area where we’re going to be able to do some really interesting things with Microsoft.”

As reported by The Verge:

“Microsoft has been testing Xiaoice in China, and [Microsoft CEO Satya] Nadella revealed the bot has 500 million “friends” and more than 16 channels for Chinese users to interact with it through WeChat and other popular messaging services. Microsoft has turned Xiaoice, which is Chinese for “little Bing,” into a friendly bot that has convinced some of its users that the bot is a friend or a human being. “Xiaoice has her own TV show, it writes poetry, and it does many interesting things,” reveals Nadella. “It’s a bit of a celebrity.”

While Microsoft’s AI tools are not well-known in western regions, it’s interesting to understand the expansion of such offerings in other markets, and the evolution of their tools for such purpose.

And that’s not all – as part of his presentation, Nadella also demonstrated Xiaoice’s ability to conduct actual phone calls, similar to the capacity Google presented with their latest machine learning advances at their I/O event.

It’s a little different to Google’s offering, in that Xiaoice won’t make calls on your behalf, but rather to you. But still, it underlines just how far along in the process Microsoft is, which could have significant implications for the future of such options on LinkedIn.

Nothing has been announced on this front yet, there’s no indication that LinkedIn is close to rolling out a full digital assistant offering. But such a tool would make a lot of sense. As more and more people turn to messaging tools, and as other platforms like Facebook seek to make their messaging options more all-encompassing, fully-enabled services which can provide help with all your day-to-day tasks, the habitual behavior of turning to apps for information and assistance could present an opportunity for LinkedIn to capitalize on such an offering.

Beyond simply booking meetings, LinkedIn’s assistant could connect you with relevant services, could facilitate mentor connections, could enable more B2B-specific functionalities not catered for through other platforms. You could ask the app questions like ‘Is this company hiring?’, ‘What would be the best skills to learn in order to become a digital marketer?’, ‘Who in my network can connect me with someone from this company?’ All of these functions are available, in some form, within the app already, but making them more easily accessible – especially on mobile devices – could deliver significant benefits.

As noted, it’s not there yet, and LinkedIn tends to move slowly on all such innovations. But it is interesting to consider where parent company Microsoft is at on this front – and what that could mean for the future of the professional social network.