Litecoin price declined further and traded below $120 against the US Dollar. LTC/USD remains in a bearish trend and it could soon break $110.

·         Litecoin price was not able to recover and declined further below $120 (Data feed of Kraken) against the US Dollar.

The past three days were mostly bearish on litecoin price as it tumbled below the $130 pivot level against the US dollar. The LTC/USD pair extended declines and it even broke the $120 support level. 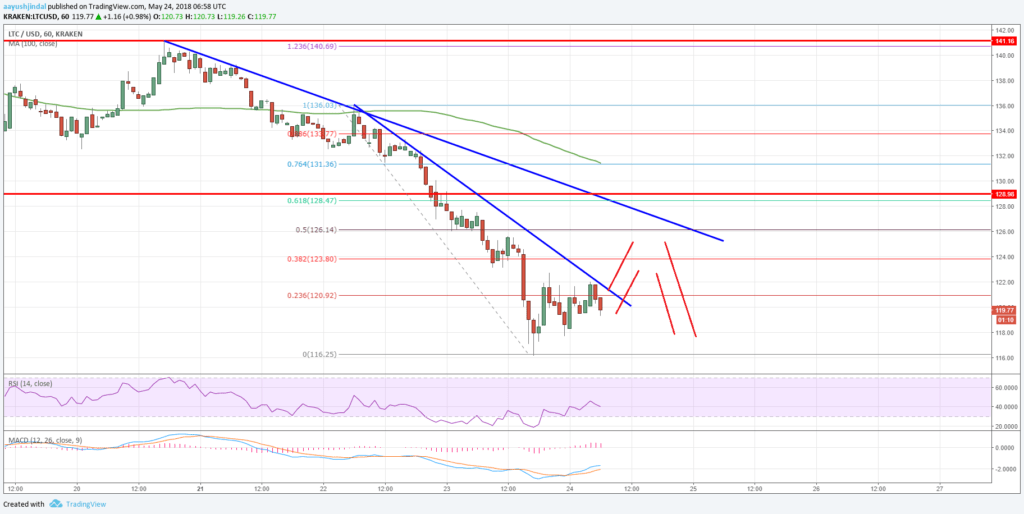 It seems like a major recovery in LTC won’t be easy since there are many hurdles on the upside on the way to $130. There are also two key bearish trend lines formed with hurdles near $122 and $126 on the hourly chart of the LTC/USD pair.

On the flip side, if litecoin price fails to move above the $126 resistance level, it could move down once again. The recent low of $116.25 is a short-term support, followed by the $110.00 level.

If sellers remain in action, there is even a chance that the price may break $110 for a run towards the $100 handle in the near term.