Litecoin price failed to hold the $135 and $130 support levels against the US Dollar. LTC/USD declined sharply and it could even test the $100 support level in the near term.

There was an upside rejection in litecoin price from the $136 level against the US dollar. The LTC/USD pair tumbled and broke the $135-136 support area to move into a bearish zone.

Looking at the chart, the price was under a lot of pressure since it even failed to hold a major support at $130. The price even broke the last swing low of $128.50 and declined towards $125. 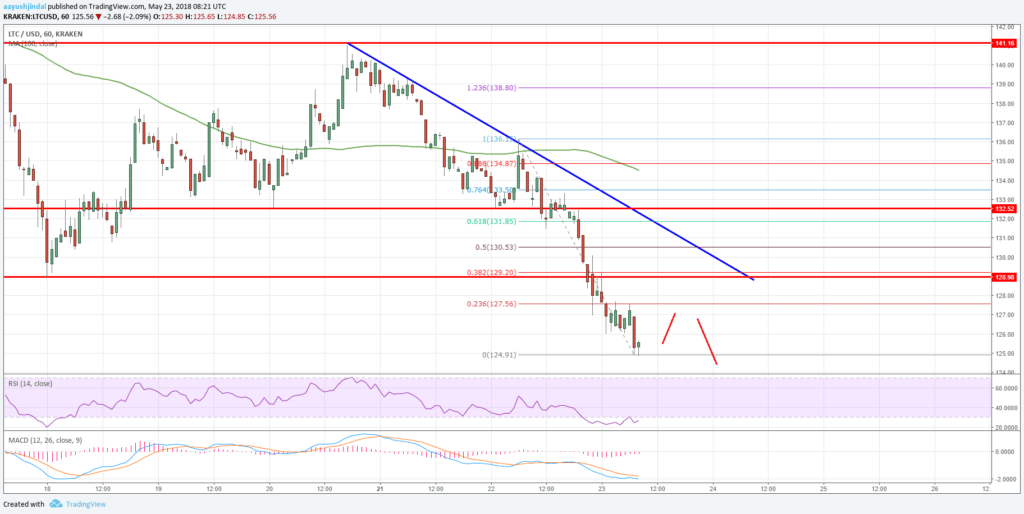 However, the most important resistance on the upside is near $128.50 and $130.00. Both the stated levels acted as a support earlier, and now it may prevent gains above $130.00. There is also a new connecting bearish trend line forming with resistance near $130 on the hourly chart of the LTC/USD pair.

On the downside, the $125 level is a short term support for litecoin. A break and close below $125 may perhaps open the doors for a push towards $100.