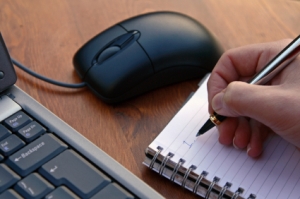 List posts are one of the most frequently seen types of posts on the internet, and for good reason.

They lend themselves well to numbered titles, which increases the odds that someone will read your post. They’re also easily consumable, which means they’re more likely to attract those looking for short, easy reads. And a good list post is also easy to create – usually far more than an in-depth, detailed article. (The reader isn’t the only one benefiting here!)

But readers have been burned before by shallow, poorly written list posts that exist just to draw random search traffic. So while people are likely to read your list post, they’ll often be coming to it with a jaded eye, ready to click away at the first hint your post is boring or irrelevant.

Let’s not have that happen. Here are a few tried-and-true list-post tips that keep readers on the page and ready to read more from you.

1. Save your strongest points for the beginning and the end

The principle of primacy and recency (from the serial position effect) says that people remember their experience at the beginning and the end of something much more than the middle. This is why movies and books save their most exciting parts for those two times.

If you keep your impressive points at the beginning and end of your post, people will remember those – and give you the credit. It also maximizes impact for those who tune out in the middle and start scrolling to the end.

2. Come up with more ideas than you’ll use in your post

Whatever kind of list post you plan to write, it’s a good idea to brainstorm at least twice as many items as you’ll eventually put on it. (If you’re writing a particularly long post, this may not be practical, but try to exceed your final number anyway.)

Before you write the post, look at all your potential items and weed out the weaker ones, leaving your post with only the strongest and most relevant of the bunch.

If you can’t be this organized, go ahead and write your post with all your items – you’ll do twice as much writing, but you’ll be able to eliminate weaker points in the editing phase.

People like list posts because the presence of a number gives them a sense of the size of article. It also helps them get a feel for how long it might take to read it. As they go through your post, they’ll always know about how much more there is left to read.

Many writers throw off their readers’ sense of orientation by making certain sections of their list post much longer or shorter than others. Don’t be that person. Keep the size of each item on your list relatively consistent from beginning to end, and you’ll keep your readers happy.

The internet is rife with list posts that carry no substance at all, and they’re the literary equivalent of a fitness coach saying “eat less and exercise”. This creates cynicism in readers who gravitate towards list posts. Make sure each item on your list is interesting and informative enough to make readers feel their time wasn’t wasted.

That doesn’t mean you can’t include common information or that you have to go epic – just go a little in-depth or take a bit of an insightful approach to the topic, and you’ll keep the attention of your reader.

Before you click publish, make sure that the sub-headers in your post (the actual items on your list) are phrased in a way that allows them to stand on their own. Don’t try to be clever or use phrases that aren’t intuitively clear.

A good rule of thumb is to consider what your post would look like if all the text was removed from between the sub-headers. Would your post still be readable and useful? Would it still educate as a point-form list, with no further explanation? If so, then you’ve got the green light to move forward.

6. Keep on topic and don’t jump around

Nothing throws off a list post more than topic-hopping and random insertions. When one item doesn’t seem closely connected to the rest, it’s jarring to the reader and breaks the flow.

For example, this post is tactical in regards to writing list posts. If item number four were something like “make sure to get plenty of rest the night before you brainstorm” or “consider your overall content strategy”, it would be incongruent to the rest of the points (as well as the promise of the title). Make sure all your points have relevancy to each other so they can connect well.

Because list posts are so popular, everyone’s writing them – and it can be difficult to stand out from the crowd, especially if your article shows up in search results. You want to attract that click, which means being generic usually doesn’t work in your favor.

Take a few extra minutes to consider what your title should be. Draft at least a handful of different options. Having a few to choose from will give you an edge when it comes to picking a title that will catch readers’ eyes in a sea of competition.

Use these tips to make your list posts a must-read

List posts aren’t hard to create – but they’re extremely easy to screw up. They never taught you how to write this kind of content in school! (Life might be more interesting if they did, though.)

Use these 7 simple tips to help make your next list post a great one, and your readers will reach the end feeling happy, satisfied, and primed to read more from you in the future.